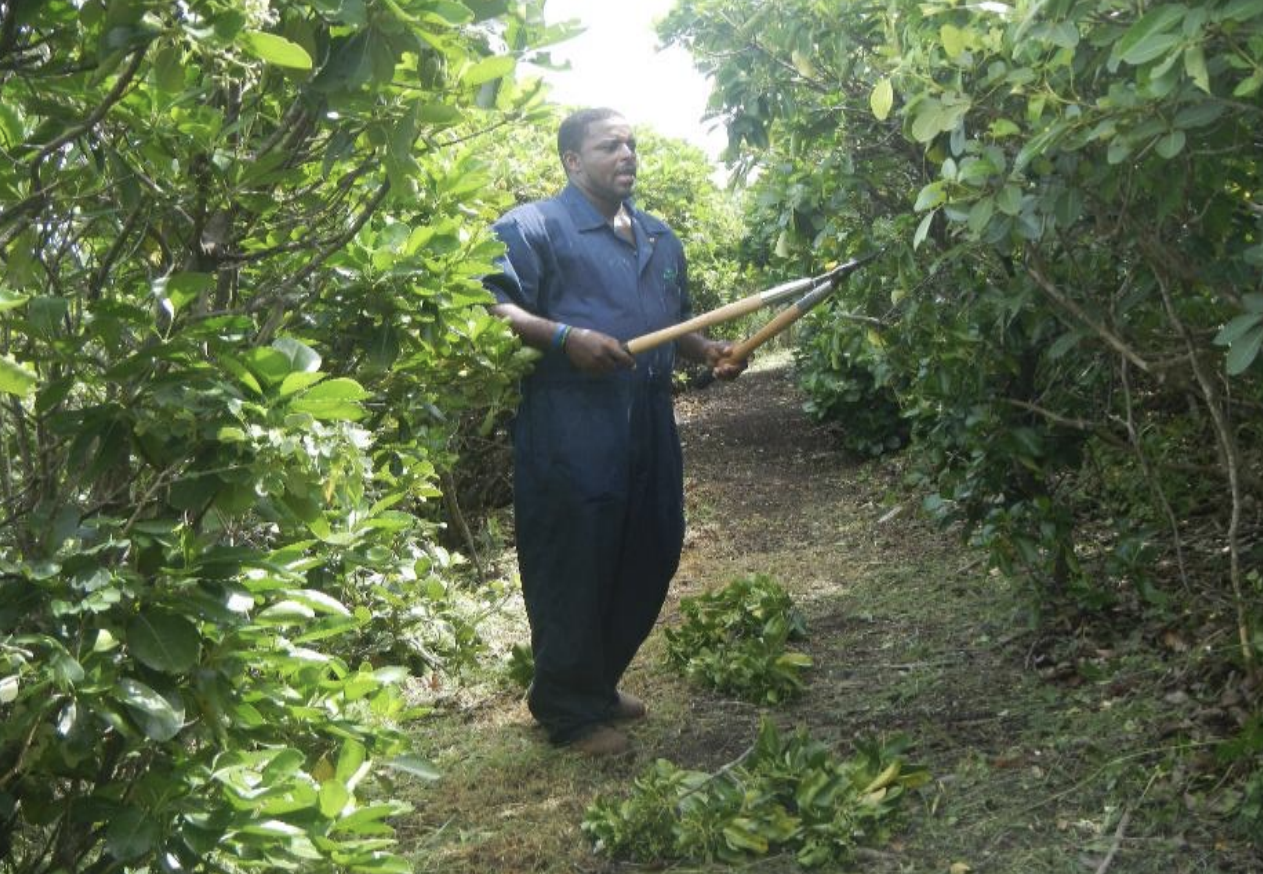 Augustin Paul joined the SLNT family in December 2000 as a member of the Grounds and Maintenance team. He was a hard worker who enjoyed using the lawn tractor to obtain a perfectly manicured lawn every time, and always took pride in cleaning his surroundings, ensuring that the trails at our premiere sites were well kept.

Paul, as he was affectionately called by all, was a very jovial person who lived life to the fullest. There was never a dull day when you were around him. Sadly, Augustin suffered a stroke in March 2019, which left a once, very talkative man almost mute. Although the stroke robbed him of his ability to speak, this in no way stopped Paul from being his usual cheerful self. He continued laughing and joking with the “Grounds Crew”, whom he spent all his time working closely with. Although it wasn’t always easy to understand him, all of us found ways to communicate with him and even that often brought laughter whenever he was around. In addition to the loss of speech, the stroke made it difficult for him to continue his usual duties and he was forced to apply for invalidity benefits from NIC in August 2020.

Even after Paul was no longer working with the SLNT, he continued to keep in touch and he would pop in to visit those of us at the Landmark. In January 2021, he suffered a major seizure which caused him to fall. Paul sustained injuries to his head and he slipped into a coma, never to regain consciousness.

Augustin Paul passed away on February 6th 2021 and was laid to rest on March 10th 2021. He will be sorely missed, but we are all sure that he is now making those up above laugh. May he rest in peace.