The Anse La Liberte site is located mid way along the island `s West Coast in the small fishing village of Canaries. The site which can be reached twenty-five (25) miles South-West of the capital Castries, was donated to the Trust in 1990 through the Nature Conservancy in the United States. The site consist of 133 acres and features an impressive diversity of plant species, ‘Brigand’ caves and a small beach. The site has an interesting history which is captured in its name Anse la Liberte, which when translated into English means the ‘ Bay of Freedom.’ This name was derived from the fact that the site was the venue for major post-emancipation celebrations, by newly freed slaves. This accounts for some of the ‘brigand sites’ (caves etc.) which can be found at Anse La Liberte.

During slavery, the beach was used by slaves from the nearby Anse Mahout sugar estate for recreation and bathing. Evidence of this past era can still be seen in the caves used by freedom fighters found on two of the trails at Anse La Liberté.

The site features a diverse landscape featuring ridges and valleys, with both dry scrub forest and rainforest plants as well as many varieties of edible fruit trees remaining from the former agricultural estate. Some 17 species of birds have been sighted at Anse La Liberté, and the charm of bird life at the site is best experienced generally during early morning and late afternoon. 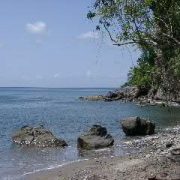 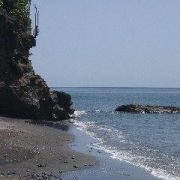 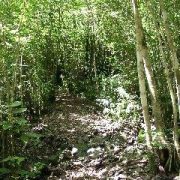 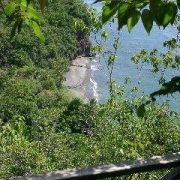