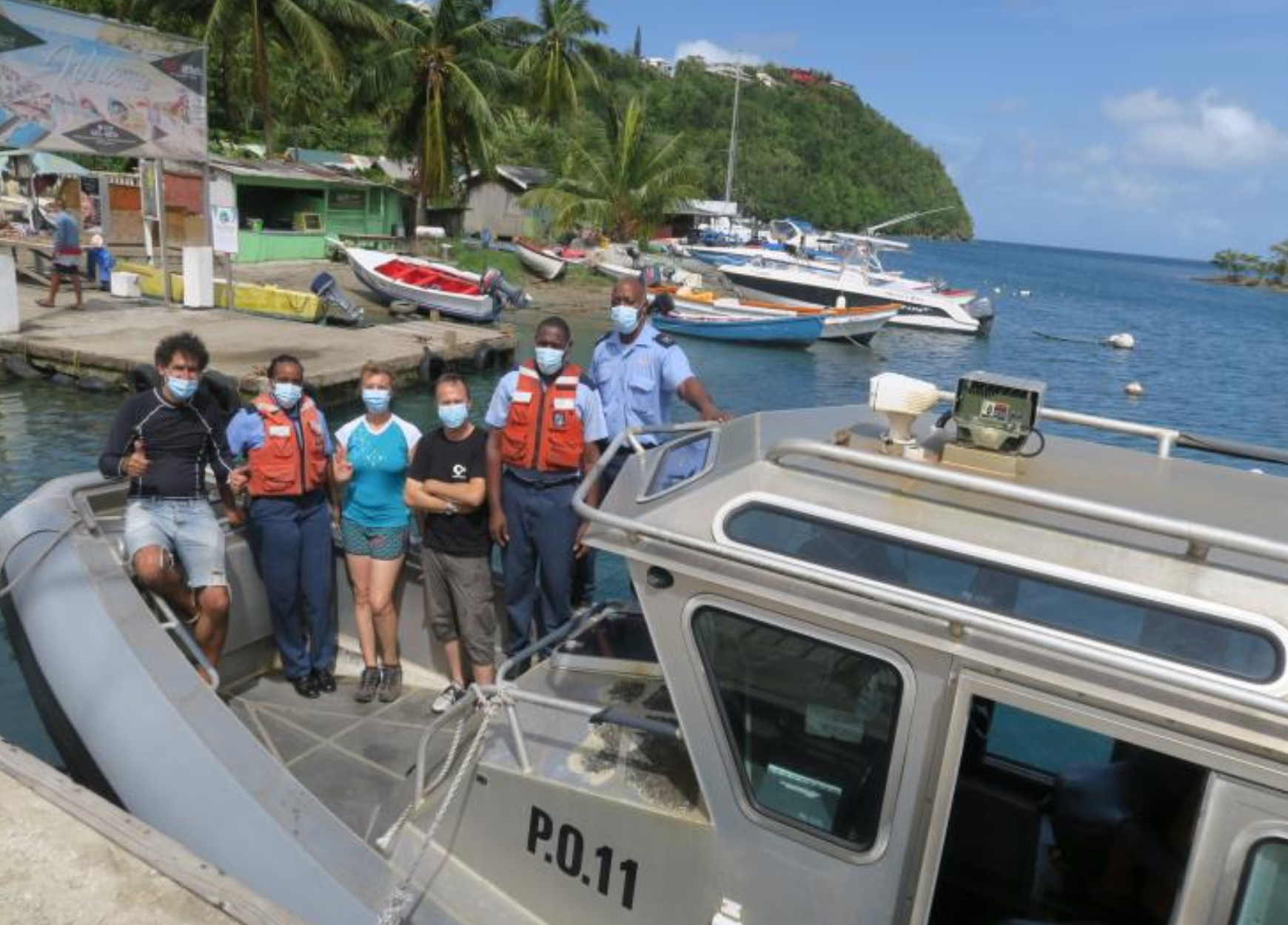 A team of archaeologists from the l’Université des Antilles, Martinique Campus, visited Saint Lucia from June 30 to July 10 2021, as part of a collaborative project to locate the wrecks of two English warships, the HMS Cornwall and the HMS Thetis, abandoned in the Cul de Sac des Anglais (former name of Vigie) north of Castries, in the 1780s. This research is part of a wider four-year project to locate wreck sites of military ships which were lost in the Lesser Antilles during the period 1775-1783 and to undertake precise inventories of each wreck.

The research consisted of sounding the cove of Vigie with a side scan sonar and then checking the nature of the bottom through scuba diving.

These operations were carried out in collaboration with the Maritime Police Unit of the Royal Saint Lucia Police Force and revealed the presence of several areas of pebbles that could be identified as ballast, but no wreck structure was found.

In the immediate vicinity, an English cannon of a little more than 3 m in length was observed at a private home at the bottom of the cove. A photogrammetric survey was carried out and will allow to identify its origin and dating.

The Port areas of Marigot, Castries and Rodney Bay were also surveyed and several contemporary wrecks have been identified.

This project is the result of a collaboration between the the Embassy of France to the Eastern Caribbean States, the OECS and Barbados, l’Université des Antilles (AIHP GEODE), the SLNT, A&HS and the AAPA association. It was funded by the Ministry of Europe and Foreign Affairs, the Richard Lounsbery Foundation and the Overseas Martinique Convergence Contract (Prefecture of Martinique and the Territorial Collectivity of Martinique).