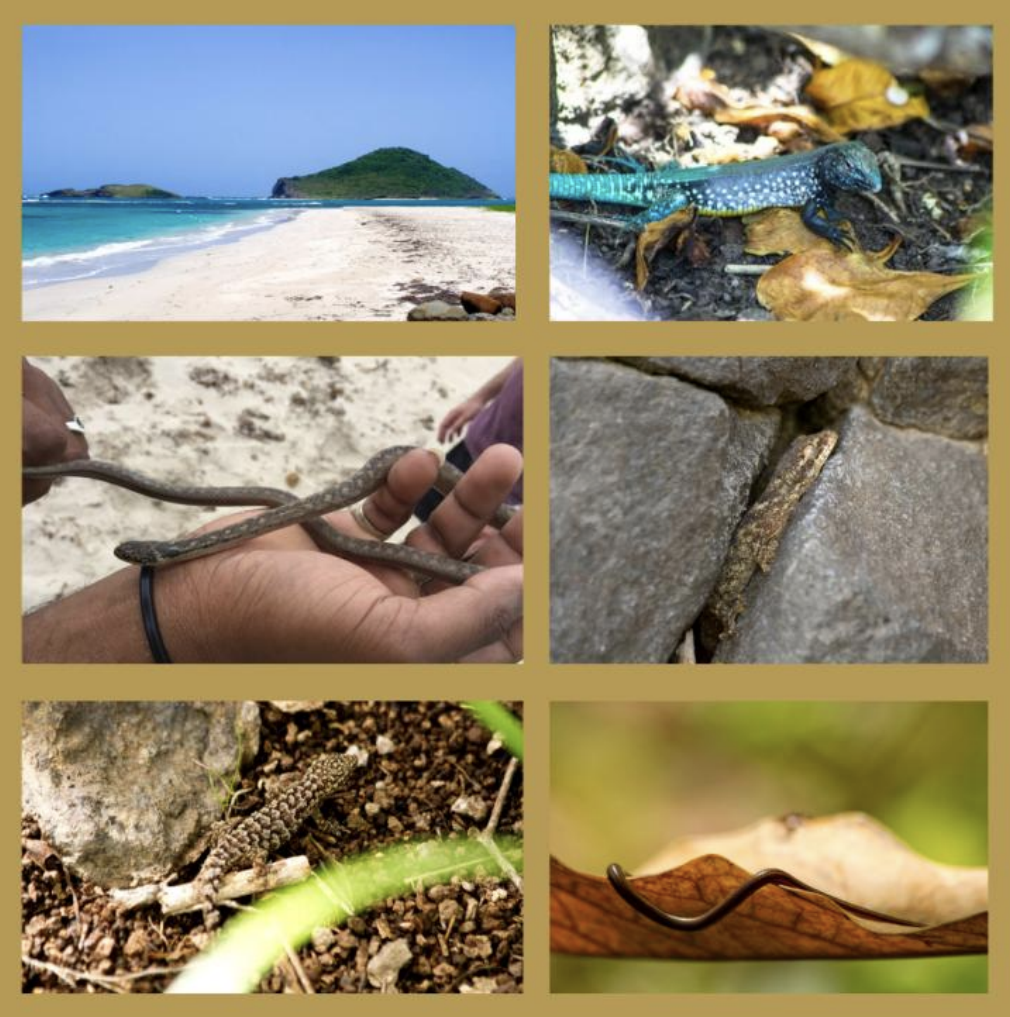 Nestled in protected bays, Marine Protected Areas and churning seas are Saint Lucia’s fourteen offshore islands. Conservation works are being done on five offshore islands; the 2 Marias (Major and Minor), Rat Islet, Praslin and Dennery Island. In 1995, Whiptail lizards were translocated from their motherland, Maria Islands, to Praslin Island and Rat Islet, all in a bid to ensure the survival of the species.

One can stand in awe to learn that the Maria Islands Nature Reserve (1982) is home to 5 endemic reptiles; one being the world’s rarest snake, the Saint Lucia Racer. The second noteworthy one being the Saint Lucia Whiptail Lizard, a ground lizard which bears the striking colors of our national flag! The Worm Snake or Thread Snake, the Pygmy Gecko and the Rock Gecko are the three other endemic reptiles.

Given that the five islands being monitored are home to some of our endemic, threatened and critically endangered wildlife, conservation monitoring and assessments are being done regularly by personnel of the Saint Lucia National Trust and the Forestry Department with funding provided by Durrell Wildlife Conservation Trust and Fauna and Flora International (FFI). Each island is visited once a month to conduct biosecurity monitoring, the aim of which is to keep these islands free from alien invasive species such as rats, thus making them a safe haven for nesting migratory birds and the local wildlife.

A typical biosecurity day begins with ensuring personnel are not transferring alien invasive species from the mainland to these offshore sanctuaries. To do so shoes are dry brushed to remove any stuck on seeds and plant material or dirt which may potentially carry insect eggs. Pockets are turned out and bags are rustled to scare away any insects hiding in the nooks and crannies. Once on the islands the trek begins along the shoreline checking for footprints both of alien invasive species and local wildlife, after which it’s up the trail for more scenic views of our day office. Each island has rat bait stations; these allows us to place poisoned bait in a locked vessel. Bait stations are placed along possible incursion points over the islands. Maria Major has thirteen, Minor, Rat islet and Praslin Island all have five stations while Dennery has nine. Transects are walked between each bait station recording all reptiles within a 5-meter radius. This information allows us to monitor the prey abundance on each island.

All our efforts are to save Saint Lucia’s patrimony!