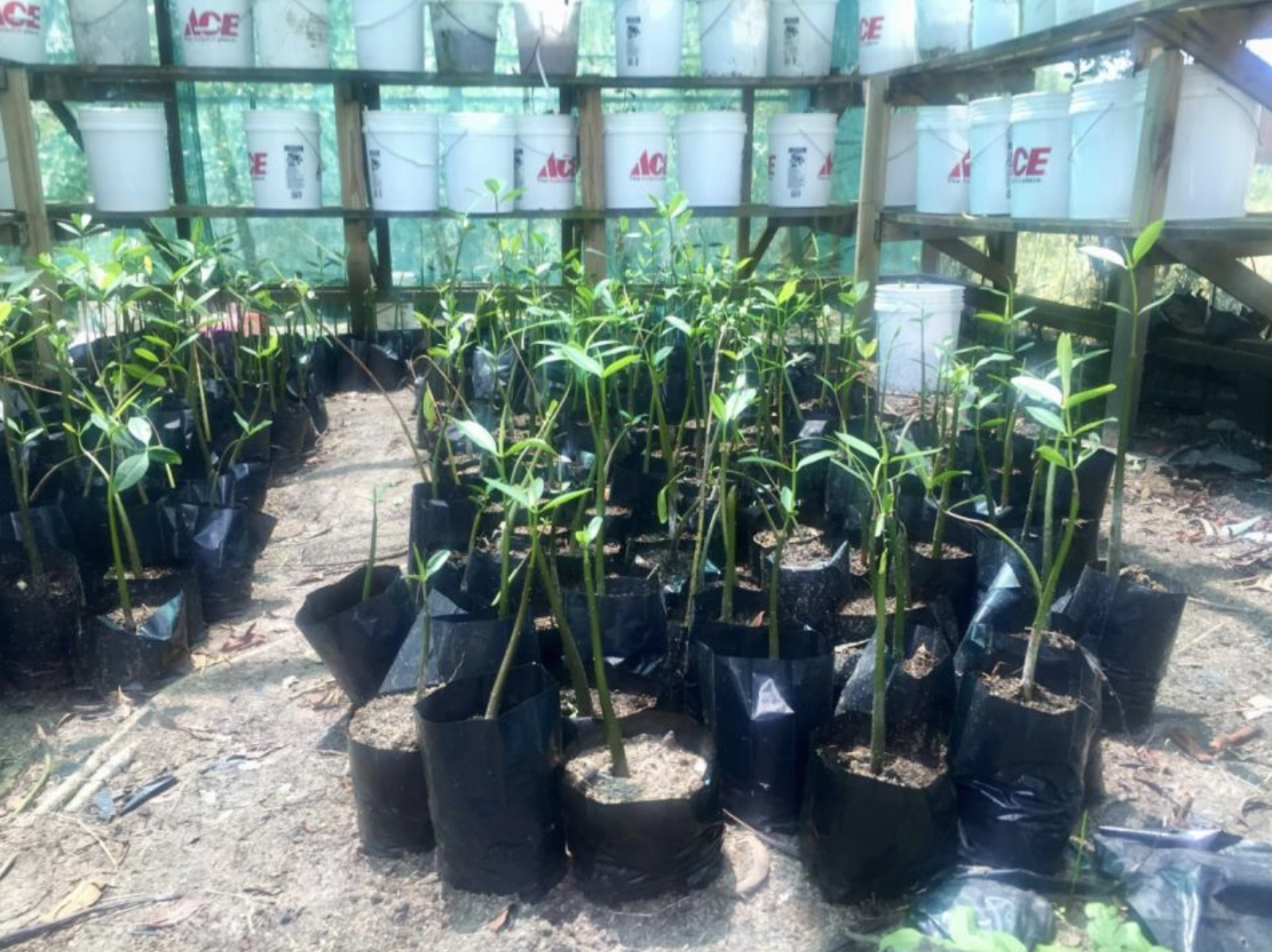 The Ma Kôté mangrove, located on the south-east coast of Saint Lucia, is the largest basin mangrove on the island and is most significant for charcoal production and seasonal fishing (Smith, 2010). Mangroves trees grow in chiefly tropical coastal swamps that are flooded at high tide and are characterized by having their roots growing primarily out of the soil.

This mangrove forest is one of only two basin mangroves in Saint Lucia and is the largest mangrove system of this type in the OECS. It was designated as a marine reserve under the Fisheries Act in 1986 and was declared as a wetland of significant value under the RAMSAR Convention in 2002.

Out of the eighty mangrove species known worldwide, four can be found at Ma Kôté, namely red mangrove ( ), white mangrove (Laguncularia racemose), black mangrove and buttonwood (Conocarpus erecta). In addition to the mangrove species, it is home to a variety of flora and fauna, in particular numerous species of fish.

In late 2014, a large area of die back of mangrove species was observed at Ma Kôté, with reasons for the die back being largely unknown. As part of its mandate to conserve and protect Saint Lucia’s natural heritage, the Saint Lucia National Trust (SLNT) with support from the Caribbean Biodiversity Fund (CBF) and the German Development Bank (KfW) has been working with stakeholders to collect and propagate mangrove seeds and propagules from all species present in the Ma Kôté mangrove forest. The propagules are being tended in a nursery until they are mature enough for use in the rehabilitation of the mangrove.

The first collection of seeds and propagules under this initiative took place in January 2021 with a total of 500 seeds and propagules being collected. Although the SLNT and other project partners are aiming to replant at least 1,500 trees in the mangrove forest over the course of one year, approximately 2000 propagules are being germinated at the nursery. This increased number of propagules is to cater for the eventuality that not all propagules will germinate. Further still, the plant mortality due to atmospheric conditions must also be taken into considered.
The mangrove seedlings are attended to on a daily basis in order to detect any early signs of disease in the plants and to replace propagules that do not show signs of germination. With the availability of propagules being only twice a year, January and June), consistent monitoring of the nursery is required to ensure that as much as possible, the mortality rate of propagules and plants are kept at a minimum. Those that do not germinate must be removed immediately to protect the other propagules from diseases and pests. In the event that this was not done, then the proverb one bad apple spoils the bunch, becomes true.

Fortunately, only one species of mangrove was unavailable at time of seed collection. Therefore, the red, black and white are being housed while the buttonwood propagules will be collected in June and how this unfolds will be discussed in our July to September 2021 newsletter.