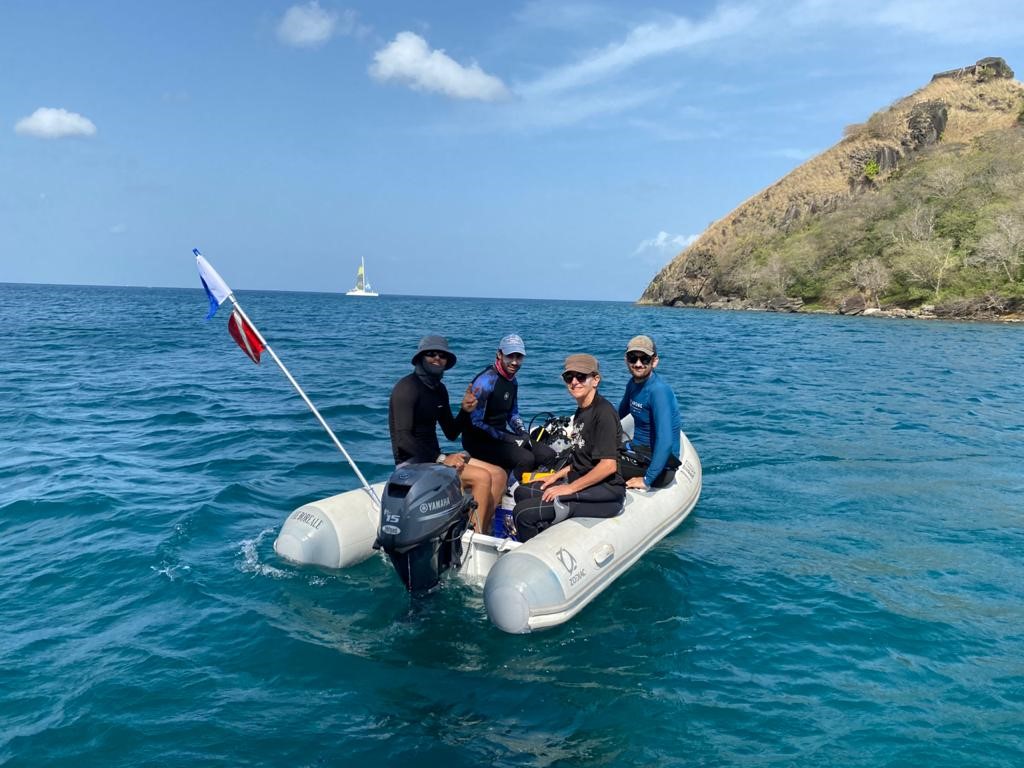 On 28th October 2021, the Saint Lucia National Trust (SLNT) convened a virtual meeting with key stakeholders to present the findings from a Marine Assessment Study conducted for the marine area around Pigeon Island. A summary presentation on the findings of the study was delivered by Mr. Jules Kleitz, a Marine Biologist with the consulting firm, CREOCEAN Antilles Guyane based in Martinique.

The study which commenced in April 2021 and concluded in September 2021, was conducted by a team of consultants from CREOCEAN. This marine assessment forms part of the ecosystem-based adaption Caribbean Biodiversity Fund (CBF) project being implemented by the SLNT and co-financed by the International Climate Initiative (IKI) of the German Federal Ministry for Environment, Nature Conservation, and Nuclear Safety through KfW.

The purpose of this marine assessment was to evaluate the current status of the health of the marine ecosystems which surround Pigeon Island; to identify the causes of any degradation found and to make recommendations for addressing any anthropogenic and climate change impacts affecting this marine ecosystem. The outputs from this study include, a Marine Ecosystem Assessment Report, a Rehabilitation and Monitoring Plan, a Coral Reef and Seagrass Bed Ecosystem Valuation Report, Marine Ecosystem Maps and an Underwater Photography Atlas. The first of its kind for Pigeon Island.

Among the remarkable findings of this study was the observation of heathy colonies of species of coral including Acropora palmata or Elkhorn coral. The Assessment Report indicated that “this species of heritage coral constituted large populations in the Caribbean that were decimated in the 1980s by a bacterial disease”. However, it mentions that in recent years, new colonies of Elkhorn coral began reappearing along the coasts of the Caribbean islands and there is a possibility of undertaking further restoration of this species in the Pigeon Island marine area.

Although positive results were found for the Elkhorn, the study did however note that “all the coral sectors in Pigeon Island’s marine area contain colonies that are affected by Stony Coral Tissue Loss Disease (SCTLD) and other coral diseases” which has led to the degradation of a several reefs.

Additionally, the report highlights that during the study, no live Queen Conch and white Sea urchins was present in the marine area and only aged dead Conch shells were found. These species are critical to the health of both coral reefs and seagrass beds.

Some of the pressures on the Pigeon Island marine ecosystems that were observed while the study was being conducted, include the use of sun cream and related sunscreen agents by beach users which may impact the corals; increased fishing pressure through recreational and small-scale fishing; lost fishing gear which could continue to ghost fish; unregulated mooring of large yachts; anchor damage to reefs and seagrass beds; and macro waste consisting mainly of plastic bottles, plastic glasses, aluminum cans and tires. The assessment also revealed that the passage of numerous boats at excessive speed and speed boats with towed buoys are generating high levels of noise pollution in the marine area which can impact marine fauna, such as the turtles and the speed of the vessels constitutes moreover a real threat for the people who swim from the beach or yachts.

The study recommended among other things, the need to develop and implement a management plan for the area, installation of permanent moorings, vessel speed limits and rehabilitating and monitoring of the Elkhorn coral population through transplanting.

The SLNT’s Corporate Services Manager, Mrs. Jeannine Compton-Antoine, indicated that the SLNT intends to continue collaborating with relevant agencies and resource users to mobilise resources to implement the recommendations made by CREOCEAN to effectively monitor and rehabilitate Pigeon Island’s marine ecosystems. Mrs. Compton-Antoine also explained that our marine ecosystems are important resources that support livelihoods and help to protect our coastline from the impacts of extreme weather events.

The estimated economic value for the coral reefs and seagrass beds surveyed in this marine area is approximately EC$425,355.00. 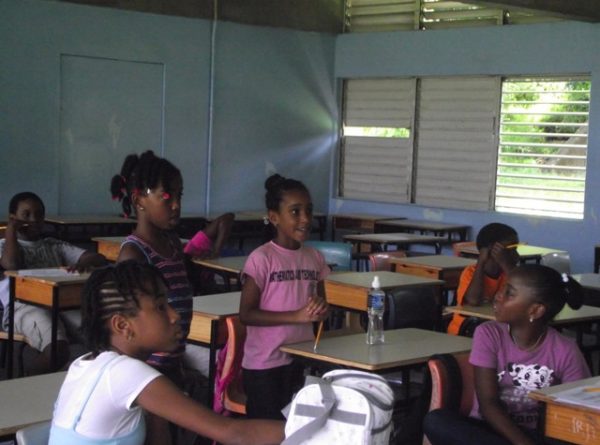 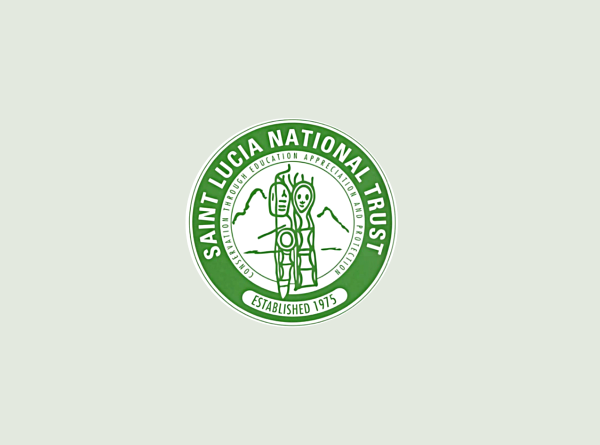